Some people spend years trying to figure out their career path—and others just know. Shaun Neff is definitely in the latter category. Growing up in Southern California, he was intrigued with branding from an early age, from how he felt as a consumer to what brands meant to him. “As a surfer and snowboarder, it was all about the brands that I felt represented my culture and what it meant the first day showing up in high school and what logo is going to be on my chest,” he recalls. “There’s lots of options, but I had to make sure it was the right one that would represent who I am and what I do on the weekends.”

In high school it was his dream to have a clothing brand, and it didn’t take long for him to make his dream a reality. As a freshman in college at Brigham Young University in Provo, Utah, he screened his last name onto T-shirts and sold them to students out of his backpack. After six months, he was successful enough to sell from his apartment, with the marketing tricks to get him there. “I was putting Neff stickers all over stop signs and I had the coolest guy at the skate park wearing it and the DJ at the party; I created this cool brand vibe in the college town,” he says. “Utah, for snowboarders, was kind of their mecca. They’d come from all over the world and go to Park City, a training grounds for all of these athletes.”

Neff started hanging out with the snowboarders and would try to get them to wear his T-shirts, but most of them had sponsorship deals with major brands like Nike and Burton. So, Neff asked to read their contracts and realized there was nothing noted about headwear. A lightbulb went off. Neff had never made a beanie before, but he was determined to have some before a major pre-Olympic event. “The true story is I went to a dollar store, bought the most ghetto beanies and headbands you’ve ever seen in your life, and a Sharpie,” Neff says. He wrote “Neff” on the beanies, and they were worn by the guys who came in first and third place that day. “I’d only had the brand for about a year, but we put it on the right guys—all the best, most talented snowboarders in the world, so they were driving image and style. I created this vibe that if you wear Neff you’re a dope snowboarder amongst the pros.”

From there, Neff worked his way into the biggest trade show in the industry, Snowsports Industries America (SIA), and convinced them by sharing his rider list to give him the best booth, right next to Burton. “If I was paying for this, it would have been millions and millions of dollars, but here I am a freshman in college,” he says. “I love that age of when you’re very entrepreneurial. It’s the time you don’t know enough and that naiveness of understanding what it takes to build a business and how you have to properly set it up and how many million things have to go right for it to catch on. I was just simple, even down to naming the brand. Bob Hurley used his last name, so I figured I’ll just use mine.” Neff didn’t have the Burton’s budget millions, so he improvised. It was in November, and he drove by a haunted house being torn down, so he asked for the walls, and that’s what he used for his 10 by 10 space for SIA. “I’m looking over at Burton and thinking oh that’s whack—they spent all that money and that’s not cool and I had all the cool kids and pro athletes hanging out at the Neff booth,” he says.

Neff continued to sign the best athletes. “This was pre-Instagram, pre-YouTube, so I took the influential tastemakers within the snow/surf/skate industry and leveraged them to the mom and pop snow shops and then mass,” he says. He wanted to scale his brand even more, so he knew he had to branch out and team up with even bigger influencers, so his first deal was with Snoop Dogg. From there he worked with Wiz Khalifa, DeadMau5, 2 Chainz, Kevin Durant and Scarlett Johansson. Soon celebrities started reaching out, and everyone from Gym Class Heroes to Lil Wayne sported the brand. But Neff didn’t stop there—when he was out in Las Vegas, Los Angeles or New York City, if he’d spot a celebrity at a party, for example, he’d go introduce himself to their managers and agents to strike up a conversation. Neff became one of the biggest youth culture brands, sold in about 70 countries, and has since earned more than half a billion dollars in revenue. “I call it my training wheels in business, but I just loved it because it was such a finnicky market and even today Neff still does a lot of business,” he says. “There was a good four or five years where I could not leave my house, whether I was dropping my kids off at school, going to the beach, going to work or getting on a flight, that I didn’t see my last name on someone. It was insane.” He ended up selling the majority of the company to private equity about four and a half years ago.

Realizing he had a talent for branding, Sony brought Neff on to consult and advise. “(I would go to) their corporate office in San Diego and talk about youth culture, colorways and what’s happening,” he says. “I just riff on what’s in my head and it’s valuable and then they apply it to their whole business. That really triggered me to want to do more.” After that, Target hired him as a consultant and adviser when they were redoing their kids apparel and accessories business. Neff still advises major companies today. “Some stuff can be so simple to me and then when you talk to some of the biggest companies in the world, there’s an energy and how can you do it for a big company on a small scale.” He is also an investor for several brands, including Sun Bum and men’s grooming brand Rebel’s Refinery, to name a couple. He’s constantly getting requests from brands to invest and advise, as many as 20 to 30 a week.

Then Neff came across Beach House Group, an incubator for creating, developing and commercializing brands two years ago. “I was like a little kid walking into a candy store because the infrastructure is amazing,” Neff says. “They’ve got design, creative, marketing, product development, sourcing offices in Asia—they had everything from A to Z to incubate these brands with these retailers under one roof and they really did a great job putting together good people. I walked in and I was like, this is amazing because I have these celebrity friends and ideas of my own. That’s just who I am and my brain never stops—I can’t be walking anywhere and not think of a new business I would love to start and how to make it different. Our model is pretty unique.”

Neff became a partner in Beach House and launched his first brand, Béis, a travel gear and accessories line with Pretty Little Liars actress Shay Mitchell. “We went through a gazillion different ideas that was authentic to her that we thought made sense,” Neff says. “In the end, it was a no brainer—she’s got to be in travel. She’s been doing Shaycations for so many years, fans love it, she travels the world.” They’ve had three drops and each has been one billion dollars, and they are now going to be at Nordstrom.

The second brand has just launched with Beach House, an oral care line called Moon with Kendall Jenner. “When a friend is coming over you hide your toothpaste, so the idea was let’s make something that looks beautiful on your shelf, that elevates your bathroom and really stands out,” Neff says. “And we know what’s inside is what matters.” Moon’s CEO has worked in oral care for 12 years and all of the team product developers are scientists. The line is vegan, cruelty-free and free of SLS and parabens. “If you think about all the beauty regiments that exist and these videos and tutorials in beauty, there has never been one for oral care,” Neff says. “No one has ever talked about it from that point. I like to joke sometimes that imagine getting ready for the big date: You’re spending all this time washing your face and putting on makeup, but imagine if you didn’t take care of your teeth the last three days. That should be a part of the game about going out.”

That’s why Moon is the very first oral care that Ulta is carrying, which is launching there this week. “The addition of Moon Oral Care to our assortment at Ulta Beauty is a testament to the way in which we are constantly evolving and bringing in new, innovative products for our guests,” said Monica Arnaudo, senior vice president of merchandising at Ulta Beauty. “Moon’s approach to oral care as a beauty category is a game-changer. They have infused better ingredients and cool product aesthetics to create an elevated experience for the consumer. We’ve been so pleased to partner closely with them to bring this brand and category to life in our stores and online.”

Kendall Jenner came on board and was especially involved in her product, the Whitening Pen. “She’s the biggest model in the world, and if anyone’s on-the-go it’s Kendall Jenner,” Neff says. “She picked the blend of her favorite ingredients: lavender, strawberry and honeysuckle, and worked with our team very closely, helped develop the look and feel of the pen, the size of it.”

For Neff, working with celebrities has never just been about getting their name on the packaging—it’s about authenticity and having a true partnership. “The biggest thing is how involved they are,” he says. “If I don’t feel that they’re going to be engaged and overdeliver on all of their social commitments and whatever the business structure is, I won’t touch them. I don’t care how big they are or who they are.” Over the next few months, several more celebrity-driven brands will be coming out of Beach House, particularly in the beauty space. “I love building brands; that’s what really drives me,” Neff says. “I love the idea of looking at consumer products and stuff that we use every single day and how can you make it different and rethink it? An entrepreneur is really who I am as a human.” 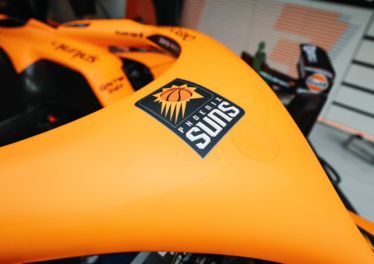