‘80% of our e-commerce traffic is driven through Instagram’: Shay Mitchell on travel brand Beis

This article is republished here from Glossy

It’s an understatement to say Shay Mitchell has been busy. Along with her acting career — currently starring in Hulu’s “Dollface” — Mitchell juggles a variety of roles: travel brand founder, the host of her own YouTube lifestyle channel, and, as of last month, new mom. However, all of these priorities, continue to intertwine.

For instance, the idea for Béis, her one-year-old travel line that started DTC and now sells at Nordstrom, Revolve and Ulta Beauty, stemmed from her own travels and her online platform.

“From being on the road so much buying, I figured out there needed to be more functional, but affordable and chic-looking luggage and travel accessories,” said Mitchell. “I want to encourage people and make their travel experiences as easy as possible. If you’re in motion, then there’s a product for you.”

When Béis first launched in partnership with incubator Beach House Group, Mitchell and her team weren’t sure how many products the brand would have. The company’s product strategy has since shifted several times in 13 months. Originally Béis planned on having one collection that would slowly build over time, but that idea changed to doing exclusive drops and limited seasonal collections. Ultimately they combined the two ideas, which has resulted in a core business that drives 60% of sales.

By the end of 2019, Béis will have 100 different products across its drop and seasonal models. The company has seen 200% growth with $20 million in profitable revenue. At the moment, its direct-to-consumer revenue is 75% of sales (Glossy previously reported that Béis does $1 million in monthly sales on its ecommerce site) and 80% of that comes through mobile.

Béis’ pricing strategy has been key. Béis’s spinner suitcase is $198 compared to Away’s staple suitcase that starts at $225. However, Beis also offers entry travel items that range from $8 to $68, whereas Away has a much smaller assortment that starts at $25 and goes up to $75. Keeping costs low also extends to Mitchell’s approach to digital and social advertising. Despite her own trajectory as a celebrity and influencer, Béis doesn’t pay anyone to post about the brand.

“80% of our e-commerce traffic is driven through Instagram which is crazy high, but also the kind of direction where everyone is moving right now,” said Mitchell. “We definitely do paid ads on social platforms, but if we have anybody posting about us, that’s always organic.”

The brand has also rethought its distribution strategy since its DTC origins, after realizing the credibility that comes with brick-and-mortar retail. In June, Béis began selling through Nordstrom and in October, it partnered with Ulta This shift in presence allowed Mitchell to focus more on beauty, a growing area of interest, which she is doing with Ulta. 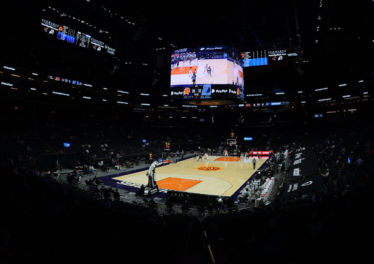